from the northern margin of Lake Superior 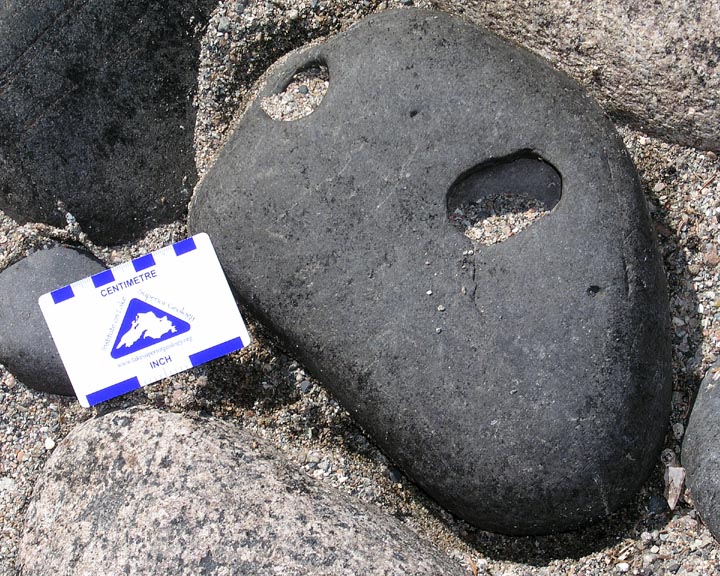 "Rock of the Month # 74, posted for August 2007" --- This distinctive rock is a sedimentary cobble, a glacially transported and rounded block (erratic), composed of a dark siliceous greywacke. The rounded pits are left by the selective dissolution of carbonate concretions. Such erratics are called omars, after their source, the Proterozoic Omarolluk Formation in the Belcher Islands in southeast Hudson Bay. They are a recognizable lithology, of great help in defining ice-flow directions (e.g., Donaldson and Prest, 1997; Prest et al., 2000). The strata in the Belcher Islands contain hematite iron ores in early Proterozoic iron formation, first recognized in the 1950s. The islands are administered as a southern outlier of the territory of Nunavut. The local geology and sedimentology are reviewed in a recent report on the iron deposits (Wahl, 2012).

This sample was photographed on the south shore of Patterson Island, the largest land mass in the Slate Islands, located in the north part of Lake Superior (Hollings et al., 2006, p.14).