The AGID CANADA Book and Journal Donation Project is now at a particularly productive stage of its decade-long career, assembling a large fraction of its holdings for overseas shipments. Emphasis has been placed on a number of institutions in west Africa, in the countries of Sierra Leone, Ghana and Nigeria, and a 20-foot (6.1-metre) container shipment is planned to each country. 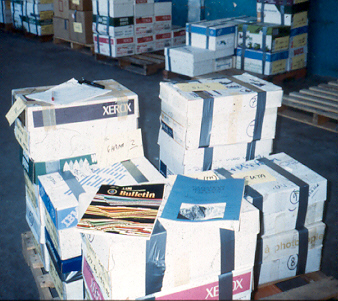 Substantial pallet-scale shipments * are also planned to a few other countries, including Uganda, Namibia, India, Cuba and Argentina. As many as 30 smaller shipments are also planned by surface mail, each consisting of one to five boxes of books. Two examples were sent in the last week: one box to Nicaragua and three boxes to Fiji. In addition, a further shipment of general science, Canadiana and "northern studies" materials has found a new home within Canada: it has been delivered to the Canada-Nunavut Geoscience Office in Iqaluit, Baffin Island, Nunavut territory. 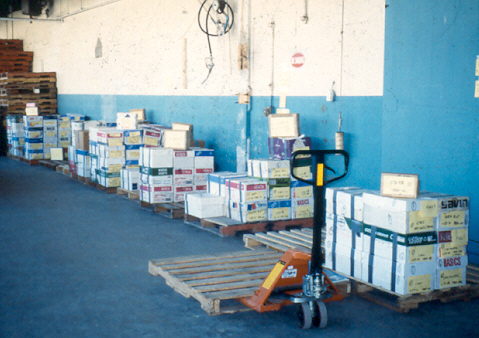 In the last two months many sets of journals, typically covering 20 to 40 years of research publication, have been prepared for shipment. An estimated 7-8 tonnes (340 boxes) of materials are assembled on pallets ready to ship, and the project is gathering momentum. As many as eight sets have been prepared from each journal, including such well-known titles as Economic Geology, the Bulletin of the American Association of Petroleum Geologists, Mineralogical Magazine, American Mineralogist, Precambrian Research, Quaternary Research, Geophysics, and the Journal of Geochemical Exploration, as well as well- respected Canadian serials such as Canadian Journal of Earth Sciences, Geoscience Canada, Canadian Mineralogist, Palaeontographica Canadiana, and the Bulletin of Canadian Petroleum Geology.


* Each wooden pallet is 4 feet (122 cm) square and can accommodate 24 to 32 standard shipping boxes. The gross weight of one pallet-load may exceed 500 kg, and the contents may fill 12 metres of shelf space (two large bookcases).