AGID CANADA is pleased to announce that the long-anticipated, if slow-to-materialise dispersal of virtually 100 percent of its formerly-extensive holdings was accomplished in summer 2010. The bulk of the preparation for this move was due to the efforts of Michel Houde and Owen White, with other old friends of AGID CANADA in supporting roles.

On Tuesday, 06 July 2010, a final major shipment of 18 pallets ("skids") was sent by truck and rail to Houston, Texas. The recipient is the AAPG Publication Pipeline Committee. This is an organization with aims comparable to the AGID CANADA Book and Journal Donation Project, oraganized and funded under the mantle of AAPG (the American Association of Petroleum Geologists). The Publication Pipeline has agreed to accept the AGID stock, and to undertake shipment to deserving institutions. It is hoped that some of the original intended recipients will in due course be able to claim material set aside for them. See the Publication Pipeline contact link, below. 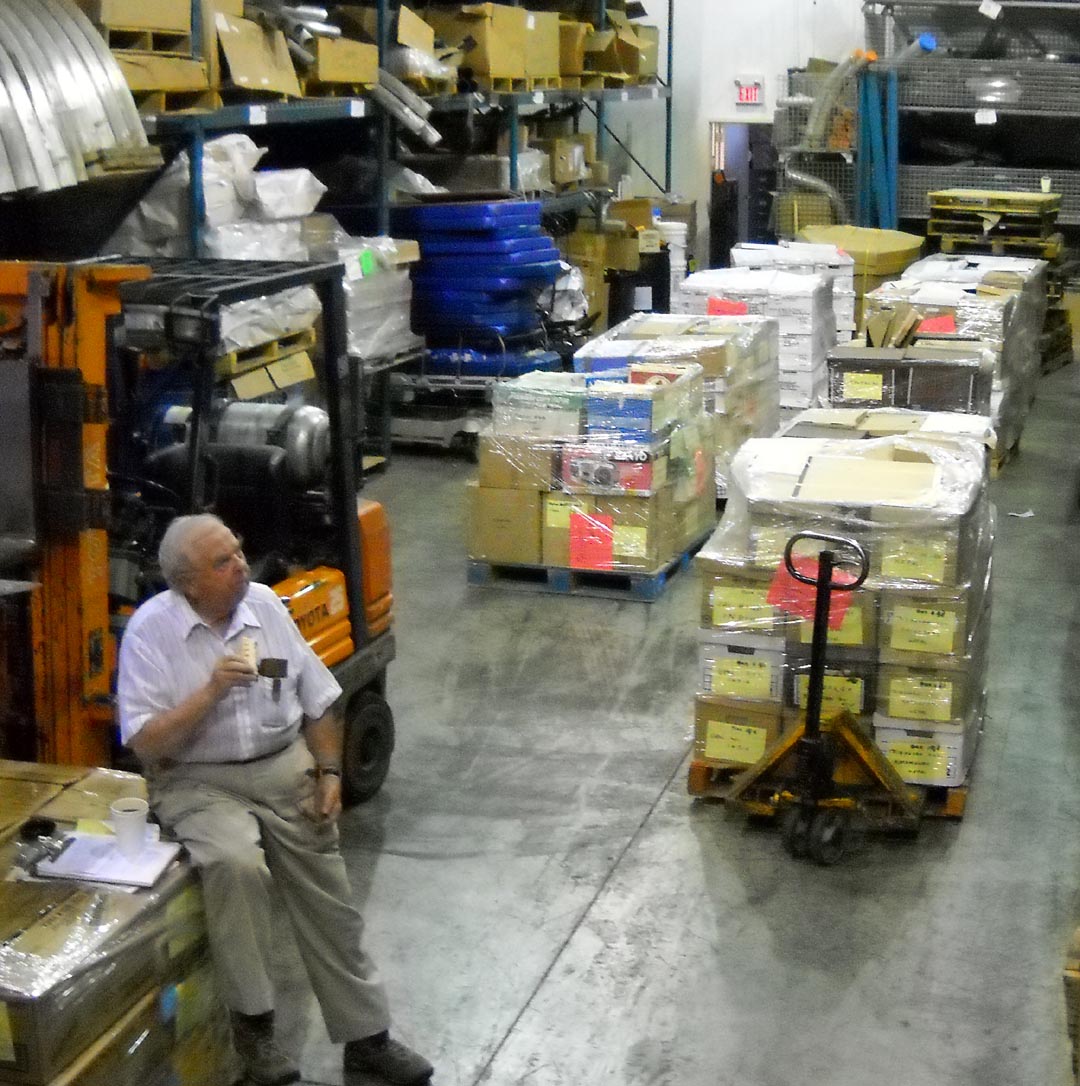 Here we see Owen White, in the midst of the AGID shipment to the AAPG Publication Pipeline.
Taking a coffee break, he looks pensive - this day has been a long time coming! Photograph: Michel Houde.

Transportation of the residual stock to Texas reduced the footprint of the organization from three (and formerly four) to two storage lockers at a commercial storage facility. Only a small amount of designated books, plus the warehouse and office equipment, remained for disposal after the big shipment. Additional shipments were made during the summer, forwarding relevant materials to a few last recipients of the AGID CANADA program. For example, 45 kg of books were shipped to Nevsun Resources Limited for transport to Eritrea, fulfilling a long-dormant promise for a modest delivery. A further 13 banker's boxes of books were collected by IAMGOLD Corporation for distribution in Africa (e.g., Mali) and South America.

The final, physical and legal dissolution of the AGID CANADA project is now anticipated in early 2011. We hope to publish our own assessment of the history, successes and shortcomings of the project in due course. Right now, we would like to once again thank all our supporters and donors, who have variously contributed their books and periodicals, their time, and monetary and logistical support. We wish you all a Happy and Prosperous New Year, 2011!