The echinoderms are very diverse, including echinoids, crinoids, starfish and other forms. Many of the Mesozoic to Cenozoic echinoids developed tall, domed tests, though modern variants such as the sand dollars are highly flattened. 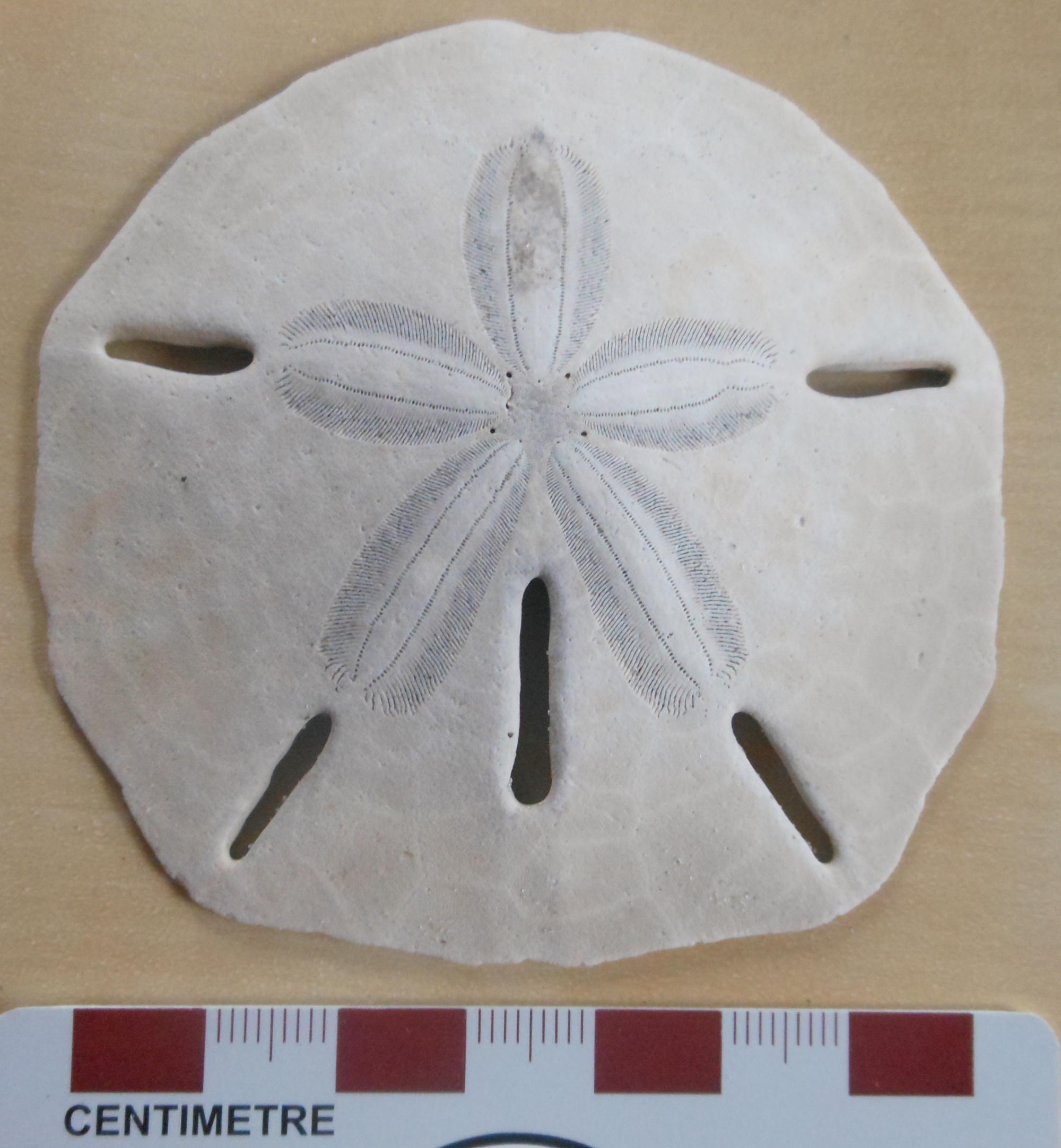 Figure 4. This modern echinoderm, a "sand dollar", displays a flattened, discoidal test (shell, or skeleton) and the five-sided (pentameral) symmetry typical of the class. Example from the Myrtle Beach area of South Carolina, on the American Atlantic seaboard (Wybourn collection). This is a keyhole urchin, Mellita quinquiesperforata.