Based on 70 observations in Seymour township, Northumberland county, southeast Ontario, 1999-2006.

The earliest and latest sightings of this quintessential summer visitor during this 5-year period were 27 April and 30 August. This long-tailed swallow can usually be found swooping over the Trent canal and perched on lines near the intake of the hydroelectric power plant, at the south end of Trent Island, immediately above locks 11-12. Overall, barn swallow sightings were markedly lower in 2004-2006 than in the five previous years, a suspicion explained only in part by absences of the observer in 2005-2006.

The typical migration through, and residence and breeding of these birds at Presqu'ile provincial park, roughly 40 km to the south, occurs from mid-April to late September, with extreme sightings on 13 April and 16 November (LaForest, 1993, pp.251-252). Birds seen in the park after mid-May are part of the local breeding population, while fall migrants move through from late July to late September. In Peterborough county, to the northwest, the barn swallow has been noted from 03 April to 05 October (Sadler, 1983, pp.112,177).

The town of Pembroke, on the right (Ontario) bank of the Ottawa River, has been famous since the mid-20th century for large seasonal roosts of swallows, a total of six species of swallows and martins (Theberge, 1989). These roost in willows growing on a sandbar, and are preyed upon by small numbers of merlin, the mid-sized falcon known also as a pigeon hawk. 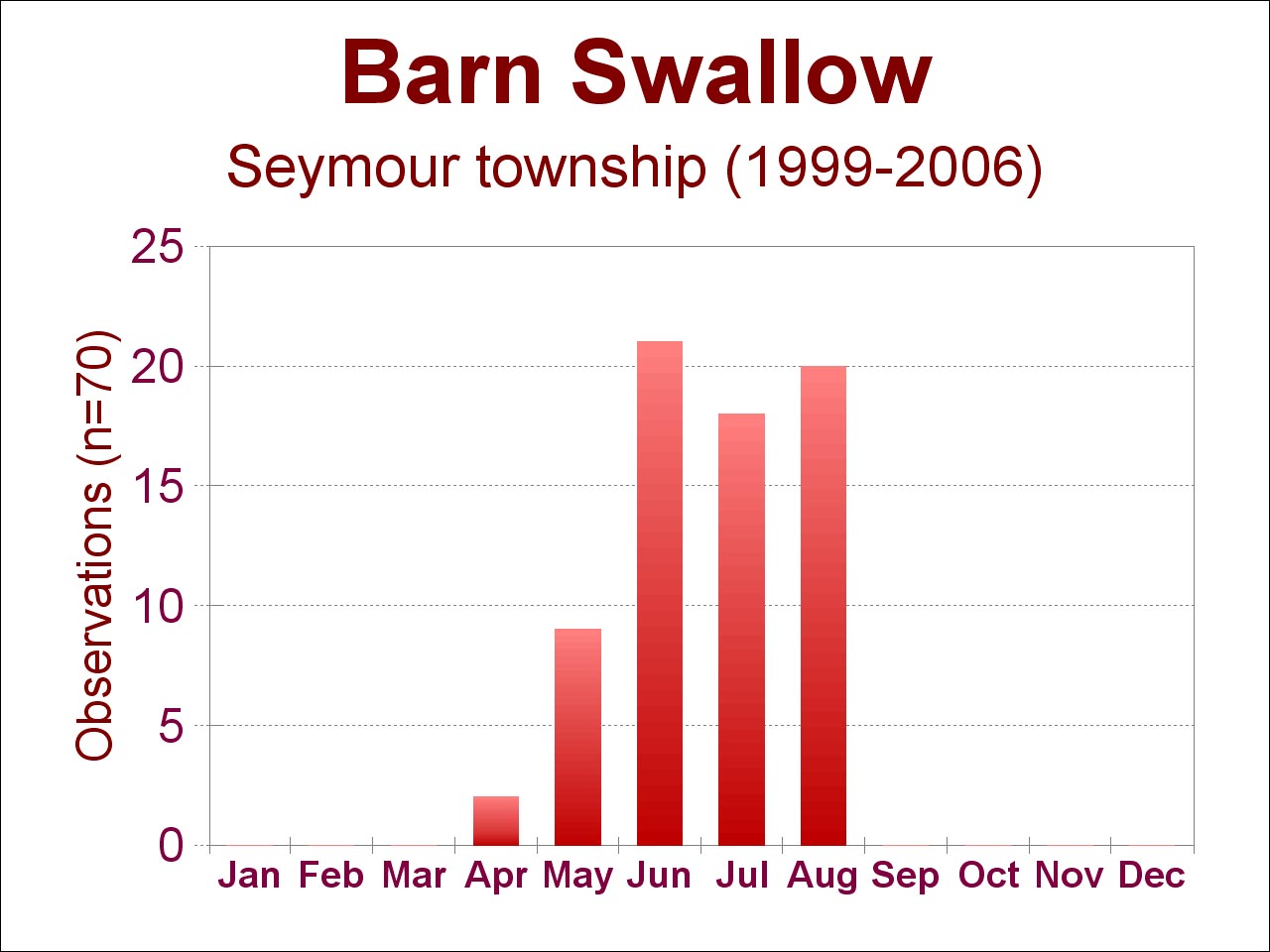