Based on 37 observations in Seymour township, Northumberland county, southeast Ontario, 1999-2003.

The killdeer is commonly heard before being seen, its distinctive plaintive cry alerting walkers to its arcing flight and scurrying ground activity, often designed to lure a potential trespasser from the nest site. It is seen through the summer months, and specifically from 14 March to 10 September. The killdeer may also be seen later than this, as on 18 October 1998, a windy day when about 15 killdeer were noted at Ferris park.

The killdeer is a common migrant (mid-March to mid-April, and late July to early November) at Presqu'ile provincial park, roughly 40 km to the south, and breeds in the park: it is a common summer resident. It has been seen in the park as early as 29 February, and as late as 02 December, with an average departure date in mid-November (LaForest, 1993, p.130). In Peterborough county, to the northwest, the killdeer has been noted as early as 29 February and as late as 07 November, but a few probably overwinter in the county (Sadler, 1983, p.74). 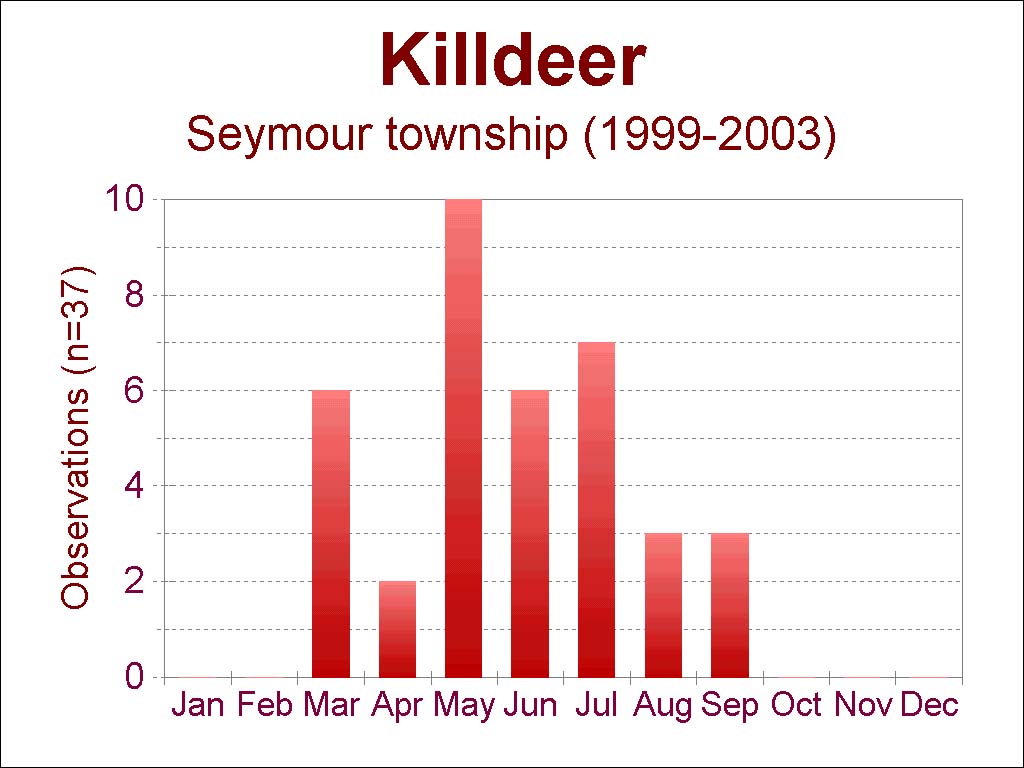