The timing of 289 observations of ospreys in Seymour township, Northumberland county, southeast Ontario, 1999-2008.

The earliest and latest sightings in this 10-year period were 01 March (2004) and 29-31 March, and 14 September (2004 and 2008). The extreme dates in 2004 were outliers: these impressive birds usually appear near the start of April (e.g., 31 March 2006) and are all but gone at the end of August, their distinctive perches abandoned for the winter. Two birds were seen on or by the nest platform at Seymour conservation area on 14 September 2008. Ospreys nest each year along the Trent waterway, often favouring nesting platforms maintained for them atop utility poles. There are several of these nest sites in and near Campbellford, with nearby examples on Trent Island and in Ferris provincial park, both on the south side of the town.

The apparent drop in May may be an artefact due in particular to an absence of observations (observer) in much of May, 2005-2008. However, all other years affirm that osprey sightings are fairly even from April to May (while the birds are establishing their nest sites and families) and increase through June to July and August, with high frequency of feeding sorties by both parents, and later "training flights" by the newly fledged juveniles, which are often seen perched on utility poles within sight of the nest platform.

It is interesting to note that the migration of ospreys through Presqu'ile provincial park, located roughly 40 km south of the town on the north shore of Lake Ontario, is later than in the Trent valley breeding area, both in spring and in the fall. Ospreys are rare at Presqu'ile in summer, and are uncommon migrants from mid-April to mid-May and from early September to mid-October, with extreme sightings on 04 April and 28 October (LaForest, 1993, p.99).

To the northwest, beyond Rice Lake in Peterborough county, the "fish hawk" is typically seen from 02 April to 04 October, or exceptionally between 29 March and 03 December (Sadler, 1983, p.58). 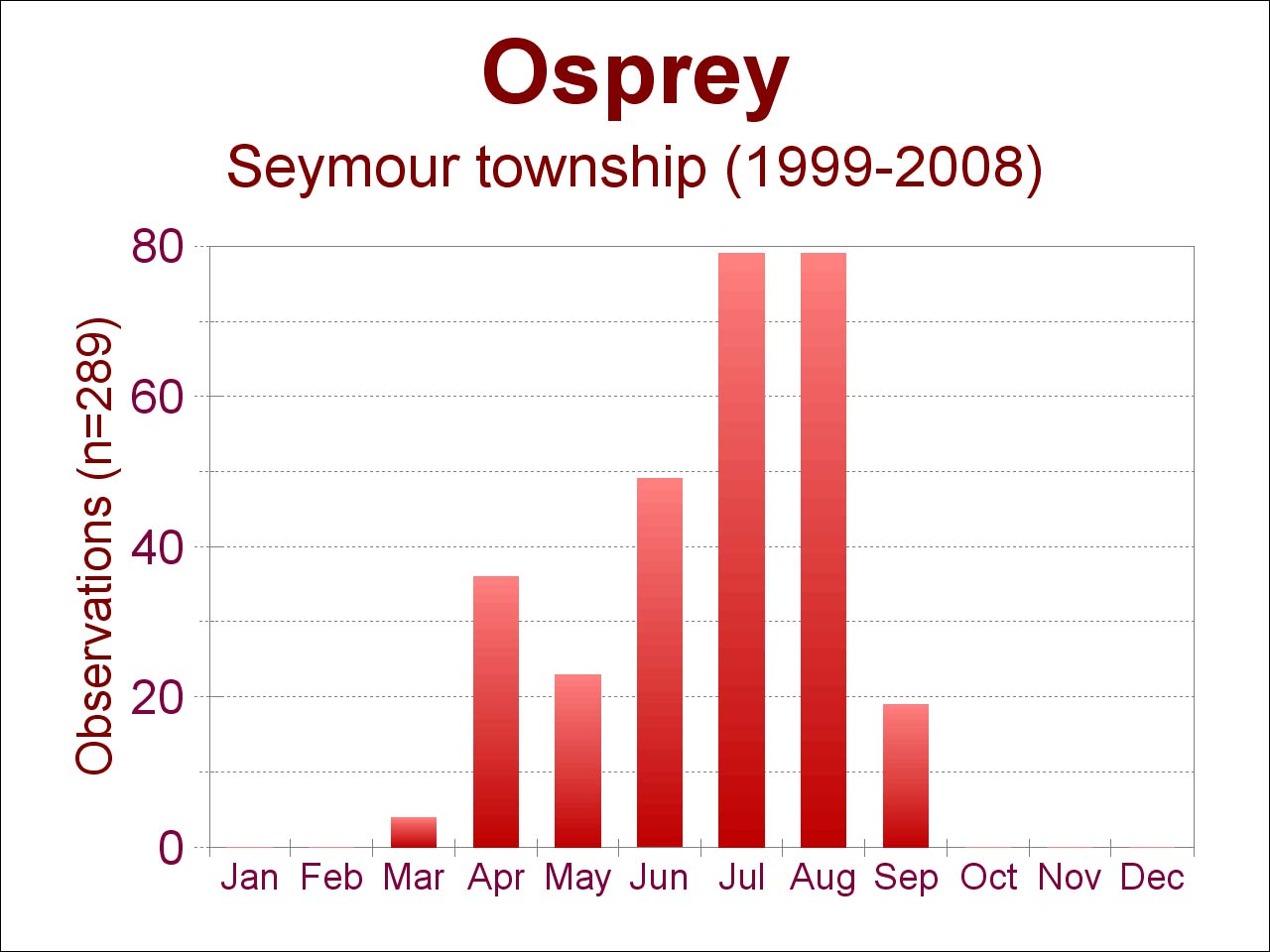