Phacops, a Devonian trilobite from Morocco

--- representative of a common class of Paleozoic fossil

Trilobites may help to refine our picture of geological time ("biostratigraphy") in combination with other ancient creatures, such as graptolites, brachiopods and conodonts (Lenz et al., 1993). An example is the use of trilobites in the middle Cambrian of Morocco (Geyer, 1998). Work on Cambrian strata in south Wales, New Brunswick and Morocco suggests that trilobites appeared towards the end of the lower Cambrian, that is, relatively late in the span of Cambrian time (Landing et al., 1998). The decline and demise of trilobites seems to have involved multiple misfortunes, first with a late Ordovician glaciation (Copper, 1999), and then a period of late Devonian black shale deposition that was widespread around the world (Wang et al., 1993). Finally came the Permian-Triassic extinction event, wherein some 95% of marine animal species died off, including many brachiopods, corals, crinoids, bryozoans, cephalopods and, yes, the trilobites (Hoffman and Blair, 2000).

They may be preserved in superb detail, in some instances via molecular replacement by pyrite, as in New York state (Briggs and Edgecombe, 1992; Kolbert, 2014). Some incredibly well-preserved, well-prepared spiny trilobites from the middle Ordovician strata near St. Petersburg in Russia were acquired by the Royal Ontario Museum. (Rudkin, 2007). Not only are trilobites often preserved, but their tracks (Cruziana) and burrows are preserved as trace fossils (ichnofossils), which provide indications of the ecology of the time, even in the absence of the animals themselves (Seilacher, 1994).

Levi-Setti's sumptuously illustrated world guide to trilobites (2014) includes much information on Morocco, where he made eleven yearly two-week collecting trips to the Anti-Atlas and sub-Saharan ranges (ibid., p.ix). He has assembled a substantial review of Cambrian, Ordovician and Silurian trilobites of Morocco (ibid., pp.27-94). Devonian examples include various species of Phacops, including the oddly-named Phacops (Drotops) megalomanicus and Phacops armatus, as well as representatives of such genera as Acanthopyge, Ceratarges, Ceratonurus, Coltraneia, Cornuproetus, Crotalocephalus, Dicranurus, Erbenochile, Harpes, Hollardops, Kayserops, Kolyhapeltis, Koneprusia, Metacanthina, Mrabikina, Odontochile, Paralejurus, Psychopyge, Quadrops, Saharops, Scabriscutellum, Scutellum, Thysanopeltis, Treveropyge, and Walliserops. This is a good indication of the richness of the fossil beds of the country! He also illustrates additional superb Moroccan specimens seen at the annual Tucson Gem & Mineral Show (ibid., pp.217-241), noting that much-cheaper-than-usual offerings may be accurate reproductions (less charitably, fakes). Remembering that many museums have fine plaster / plastic / metal models of dinosaurs and other rare specimens, I might not be too dismissive of a good "mock-up", as long as it is sold as such! 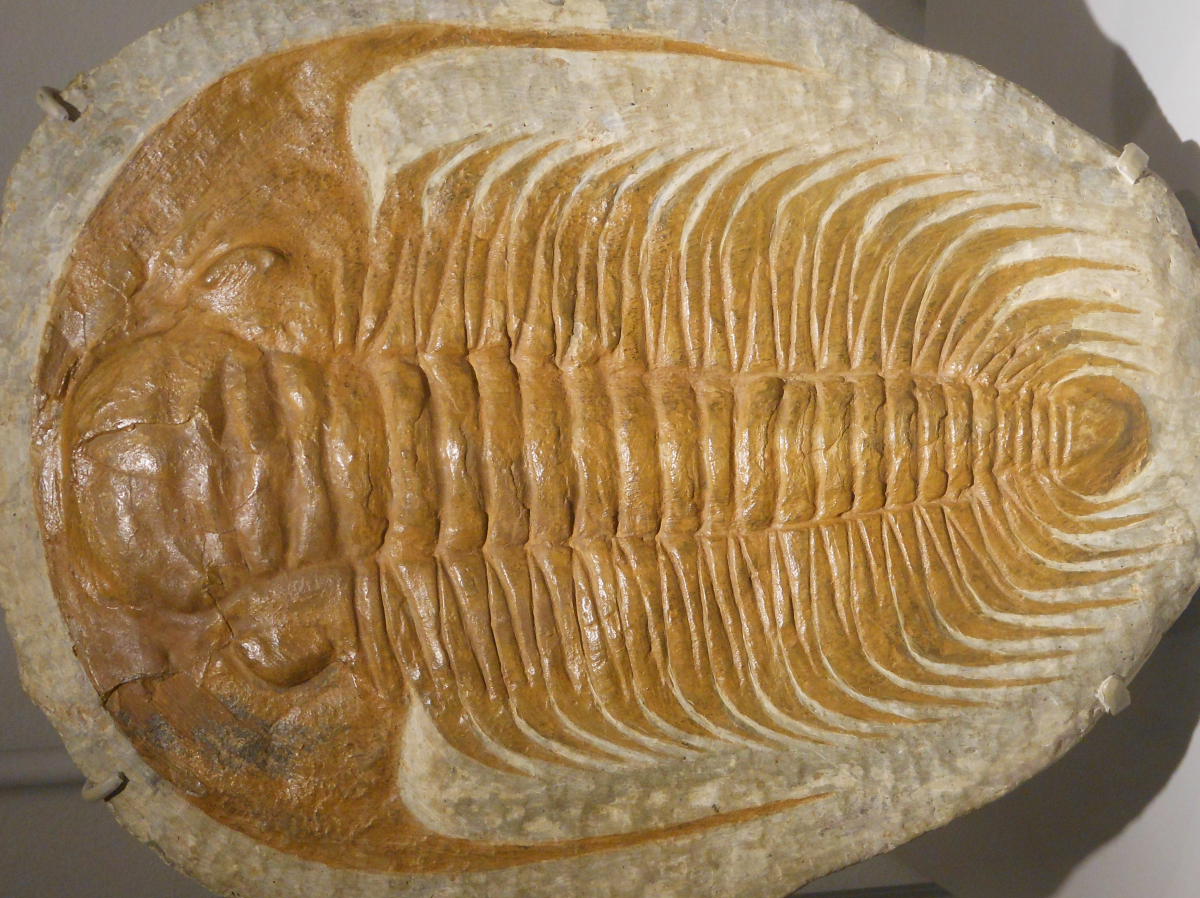 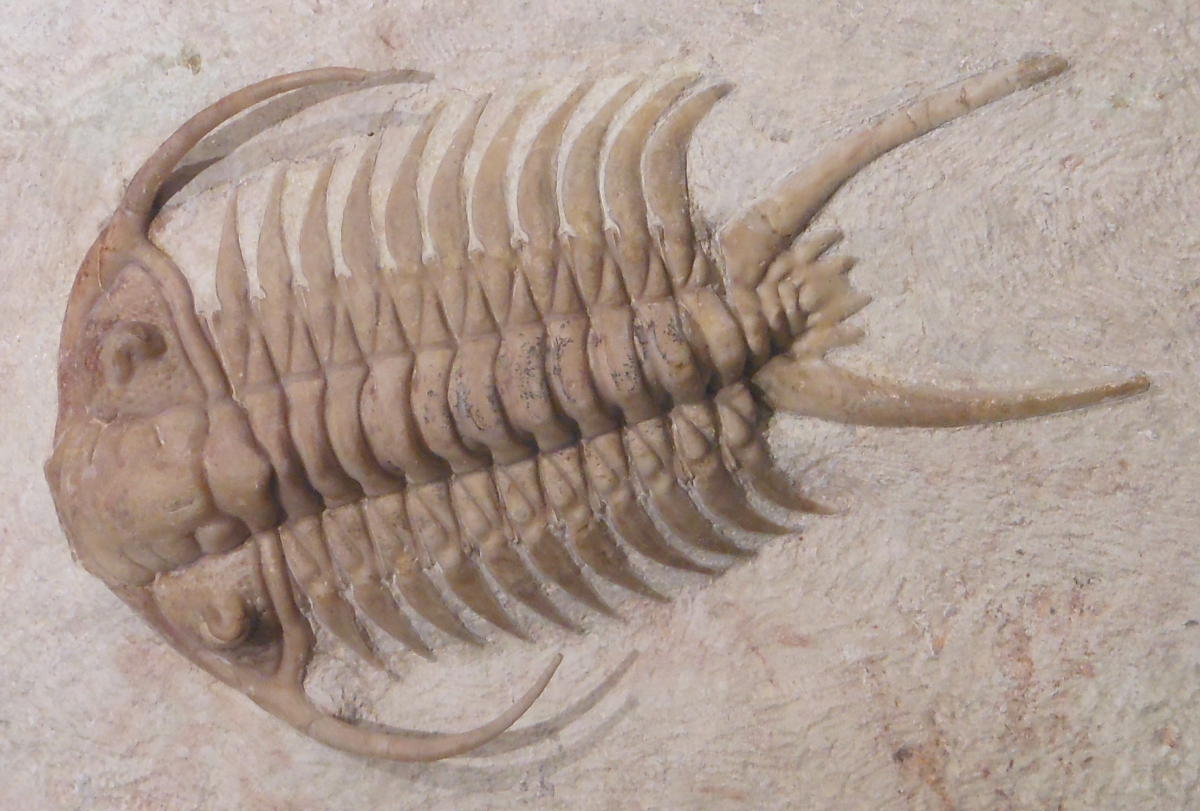 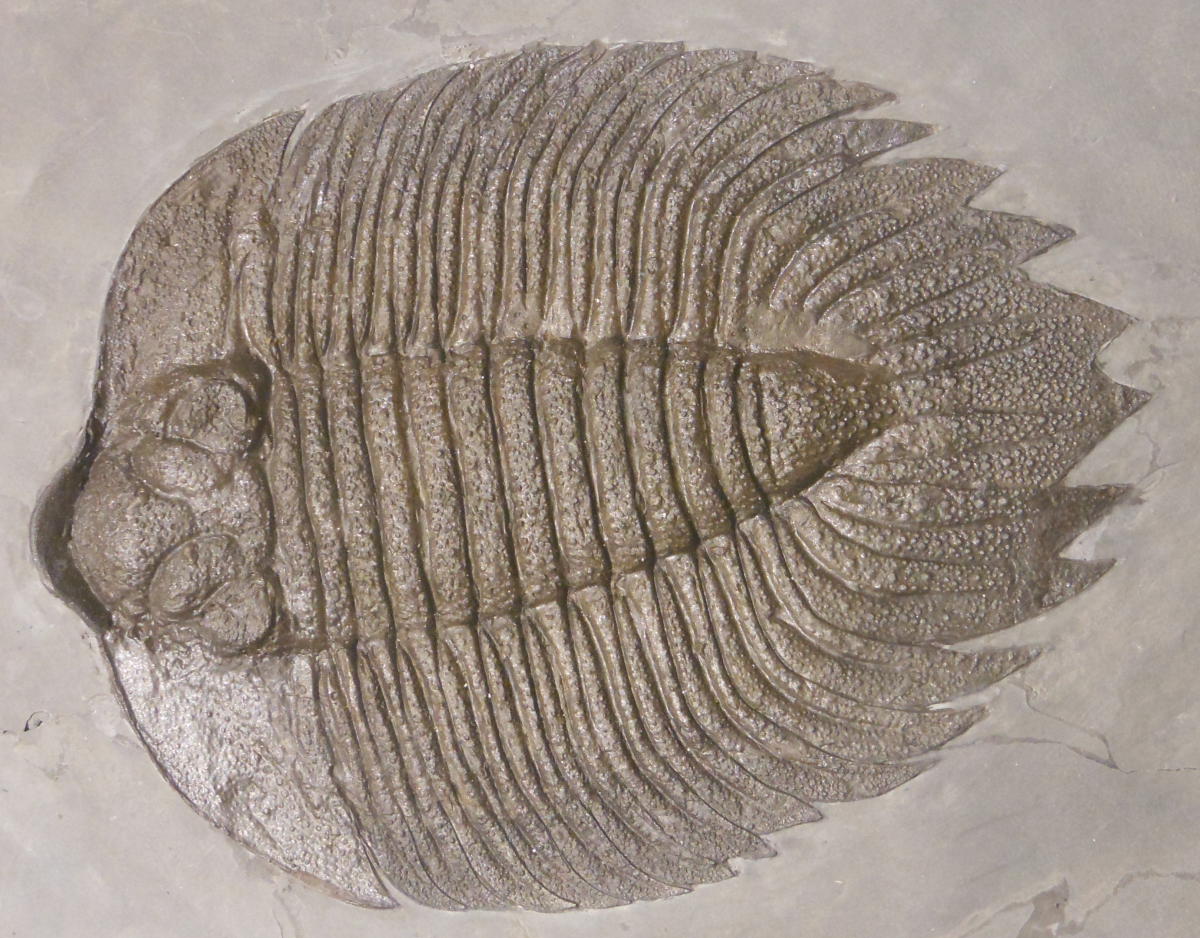 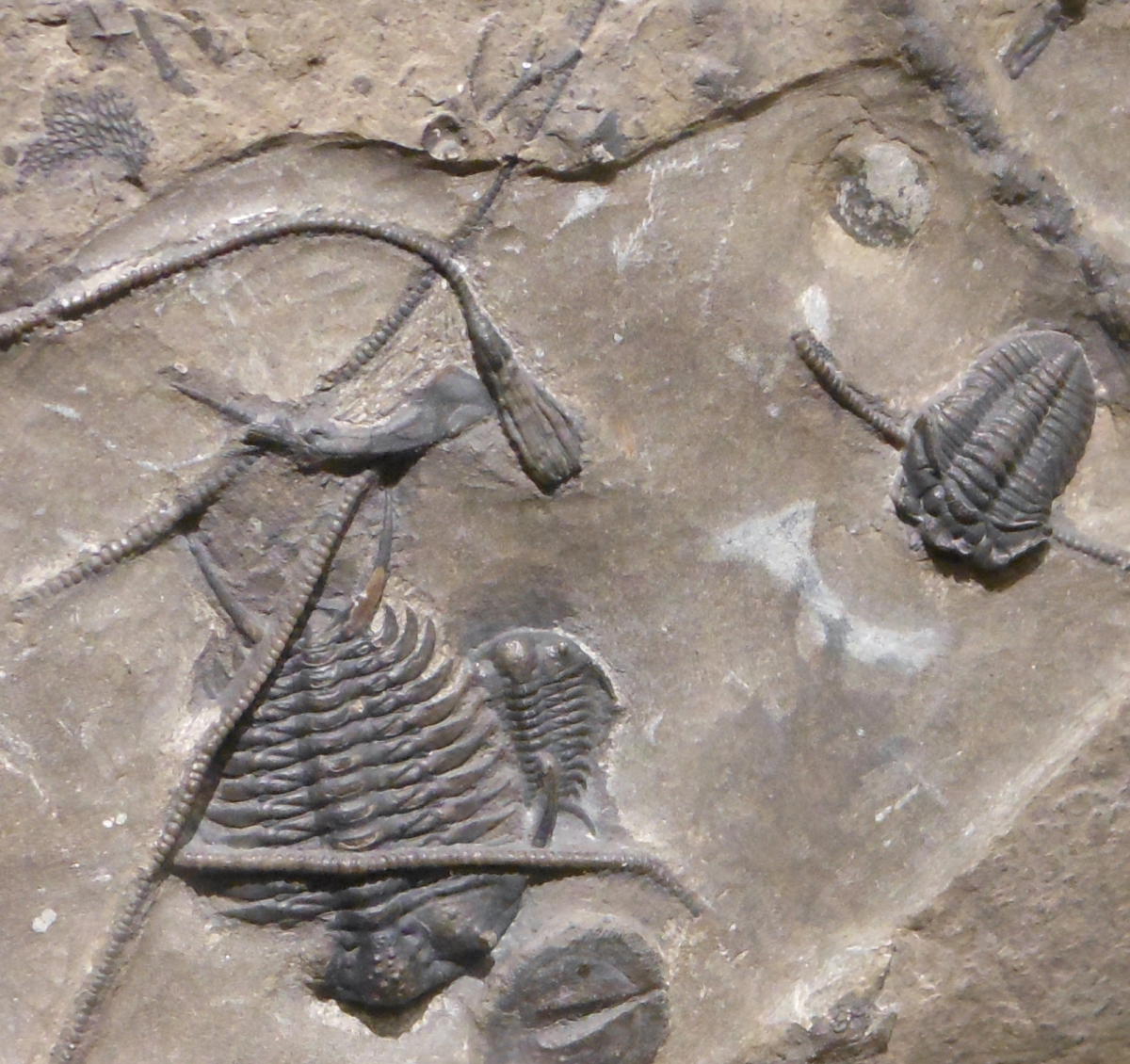 Figures 2-5. Here are some photographs of superb trilobite specimens, taken at the American Museum of Natural History in New York City, November 2014. Details to be added in due course...