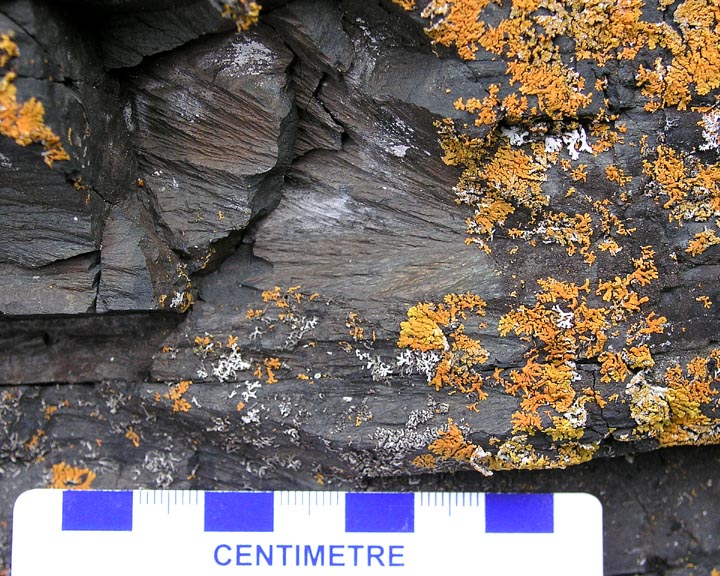 This delicate structure was photographed in a low cliff on the south shore of Patterson Island, the largest land mass in the Slate Islands, located in the north part of Lake Superior (Hollings et al., 2006). It is a shatter cone, a class of structure of cm- to dm- (and arguably to multi-metre) scale, generally thought to arise in situations of intense shock, such as a major asteroidal or cometary impact event. The host rock here is a fine-grained argillite, a lean iron formation of the early Proterozoic Gunflint Formation, which is famous for its Precambrian biota.

This modest but beautiful archipelago, located some 10 km from the Ontario port of Terrace Bay, has attracted much academic interest, with 40 or more articles published in the last thirty years. Debate has continued, episodically, over the possible impact (e.g., Dressler et al., 1997) versus endogenous (terrestrial, cryptoexplosion-style) origins (Sage, 1999) of the Slate Islands structure, which is believed to be some 30 km across, larger than the archipelago itself, which is dominated by Patterson Island. Further photographs of the Slate Islands, and of Lake Superior geology in general, can be found at the web site of the Institute on Lake Superior Geology.